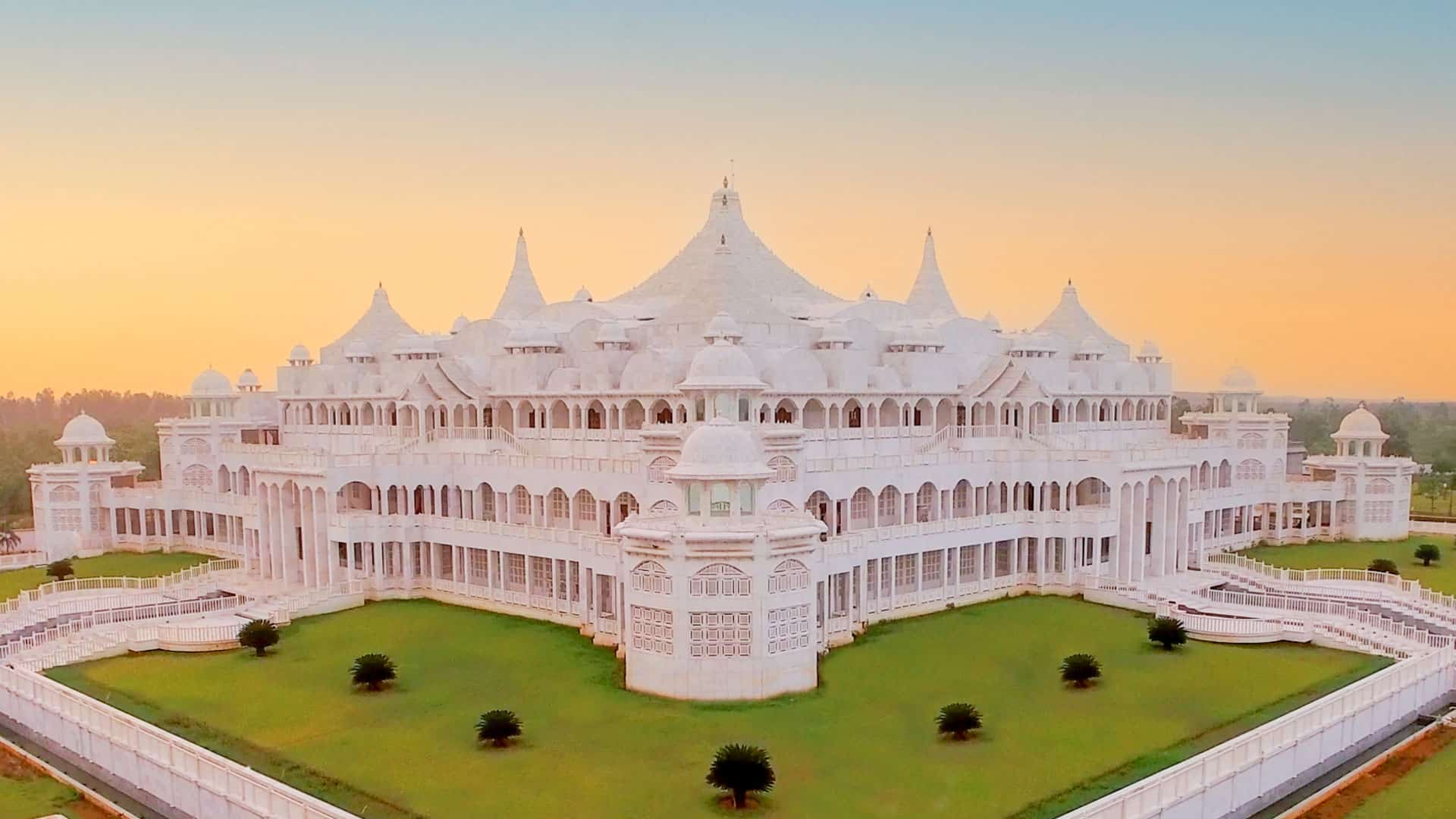 THE MYSTIC SECRETS OF EKAM

The sanctum of Ekam holds the largest Sri Chakra in the world.  It also represents the human body with various chakras or energy centres. It has 9 interlocking triangles with a central point known as the Bindu. The journey of a spiritual seeker is to move from the base to the Bindu which is becoming one with the universe or the cosmic consciousness. Sri Chakra dispels negative vibrations and brings immense good fortune and abundance.

The structure of Ekam is built as a 3-dimensional surya yantra mandala, the ancient geometric form that draws the sun’s mystic energy into the spiritual bodies of the seekers. It empowers you with leadership, radiance, brilliance, and vitality. The artworks that involve metals and alloys are based on Sanskrit texts such as shilparatna koshas, which have detailed descriptions of principles and processes of ancient metallurgy. Ekam has come into existence on the basis of studies into ancient Hindu temple architecture which combines Vastu Sashtra – the science of design and construction; Shilpa Sashtra – the science behind the proportion and placement of images; Natya Sashtra – the science of rhythmic patterns and variations. There is an overlapping rhythm across these sciences that was expressed as a tangible mathematical form. This form guided the architectural design.

The mathematical dimensions of Ekam are in the golden ratio 1:1.618. Golden ratio are the patterns that exist in very nature around us like the arrangement of leaves on plants. The golden ratio creates the golden spirals of energy that impact the meditator and leads them into higher states of consciousness. The structure has 8 octagonal stair ways that awaken your chakras and leads to ascension into the higher planes of existence as a seeker takes slow and mindful steps towards the sanctum on the highest floor. The Ground on which Ekam sits is a place where there are no grid lines intersecting which creates infinite energy for seekers to channel. That is why Ekam is both a generator and an amplifier of energy and transcendental experiences.

ancient antennas to draw cosmic energies into the anctum.

Amrutha-Kalasha’ (pot-like structure), on top of each spire, representing infinity, prosperity and wholeness. At the top of the kalasha, there is a pinhole which signifies the bindu (or the entire energy of our creation) which allows the flow of cosmic energies. The kalashas are energized by the recitation of sacred chants and rituals. It is the combination of the spires and the kalashams that forms a very powerful active and dynamic energy field within the sanctum.

Circular sacred patterns called ‘Kolam’ are engraved near the entrance of the each door to bio-energetically cleanse the body and open up subtle energy channels. The four cardinal directions marked with faces of four different animals carved in marble, are each meant to attract one specific aspect of energy into the seekers who walk past them- ‘Simha-Mukha’ (Lion-Face) in the south representing protection and abundance, ‘Ashva-Mukha’ (Horse-face) in the west representing pleasure and Power, ‘Gaja-Mukha’ (Elephant-Face) – representing Wisdom and desire to serve and ‘Go-Mukha’(cow face) in the east representing Awakening or Mukti or atma sakshatkara. There are water channels surrounding the structure. Reverberations of the meditations from within Ekam cause the water to vibrate taking the entire space around to an incredible frequency.

This website uses cookies to improve your experience. We'll assume you're ok with this, but you can opt-out if you wish Read More.
Cookie settingsACCEPT
Manage consent

SELECT YOUR REGION
THE SELF LOVE MANIFEST (FOR YOUTH)